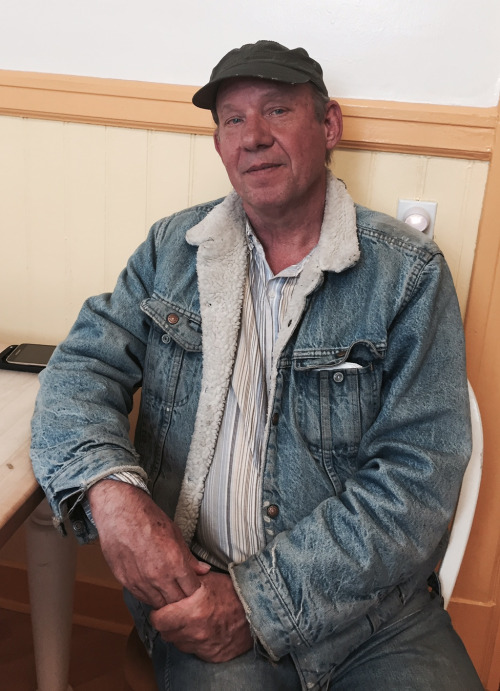 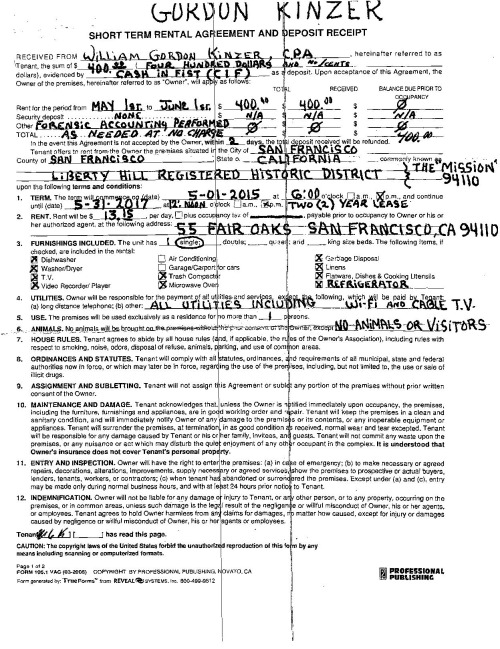 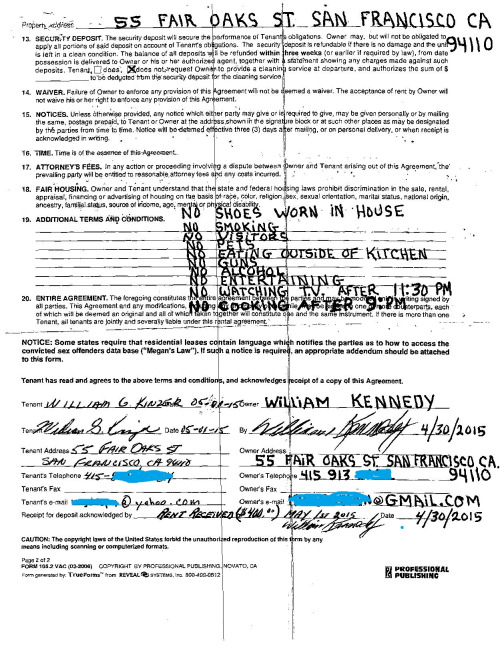 UPDATE 7/15/15: Kinzer’s friend William Kennedy has provided Capp Street Crap with a copy of the lease he said Kinzer signed in late April.

William “Gordon” Kinzer was taken into custody around 6:30 a.m. Thursday after officers found him sleeping in the back seat of his car near Fair Oaks and 21st streets, said San Francisco Police spokesman Officer Albie Esparza. The day prior, court records show, Superior Court Judge Charles Crompton granted a restraining order prohibiting Kinzer from coming within 1,500 feet of Zuckerberg’s home, the 15 members of Facebook’s Global Security Operations Center team guarding it, or the security guards’ vehicles. The restraining order will stay in effect until July 8, 2018.

In earlier declarations filed on behalf of Facebook, the security guards laid out a series of often bizarre encounters with Kinzer and said his repeated harassment left them concerned for their safety. In a recent interview, Kinzer maintained he was only taking the guards to task for bad behavior and defending the Constitution, and that a prior temporary restraining order was preventing him from staying in a room he rents in the area.

William Kennedy, who claims Kinzer rents a room in his home in exchange for a portion of his disability money, said a contempt of court hearing is scheduled for July 28. The Fair Oaks homeowner still hopes the judge will reduce the stay-away distance once Kinzer shows he is his renter.

Proving Kinzer was living at the home may be difficult, though. This morning, Kennedy acknowledged to Capp Street Crap that his friend had been sleeping in his car as many as four or five nights a week.

“He paid rent to me and was living in my home – cooking, eating, showering, watching TV, napping but not always sleeping in his bed,” Kennedy wrote. “Very often his preference was to sleep in his car.”