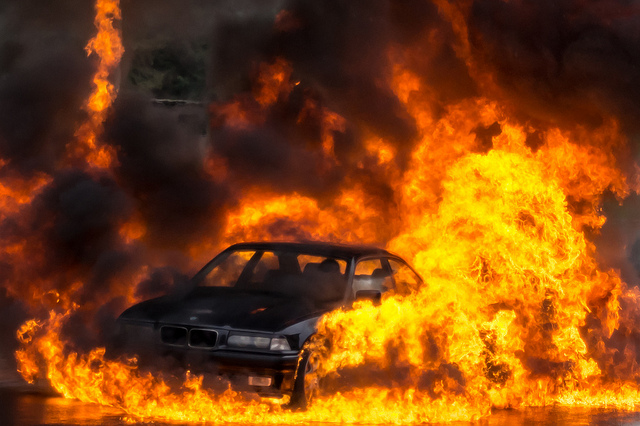 Someone set fire to a parked car in the Mission early Tuesday morning after dousing the hood with a flammable liquid, police said.

The car fire, which a reader alerted me to in the comments of recent post about a vehicle fire on Capp Street, occurred at 6:15 a.m. on the 200 block of Dorland Ave., according to police. Authorities did not say what type of vehicle was burned, just steps from Dolores Park, only that there was significant damage and the owner of the car is a 46-year-old woman.

There is no suspect information, police said.

While the Dorland fire appears to be intentional, investigators were not called to the scene of the car fire last week at Capp and 18th streets, suggesting it was not suspicious, authorities said.