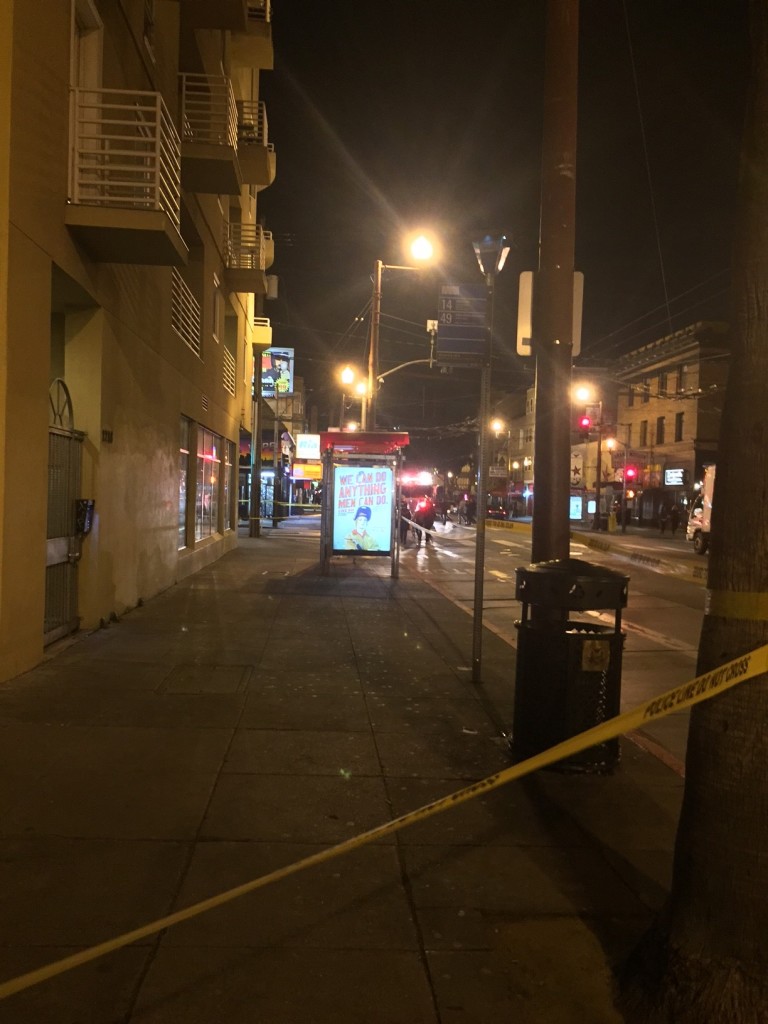 A group of as many as 10 people attacked and stabbed two men at a bus stop Tuesday night, leaving one of the victims with life-threatening injuries, police said.

The men, ages 34 and 41 years old, were sitting at a stop at 18th and Mission streets when the group approached them around 8:30 p.m., said Officer Albie Esparza, a spokesman for the San Francisco Police Department. A fight broke out during which the 34-year-old victim was stabbed multiple times in the back and the 41-year-old suffered cuts to his back.

The younger man’s injuries are considered life-threatening, Esparza said. The assailants are believed to be male and between 18 and 20 years old.

The stabbing followed several other violent incidents in the Mission Tuesday. Just before 7 a.m., a man hit another man in the head with a hammer during an attempted robbery at 25th and Shotwell streets, Esparza said. The suspect ran off when a witness intervened.

Hours later, at 4:51 p.m., a man and woman were shot near the intersection of 14th and Natoma streets. The shooter, a man believed to be between 25 and 30 years old, was last seen driving off in a red 2011 Nissan Sentra, Esparza said.