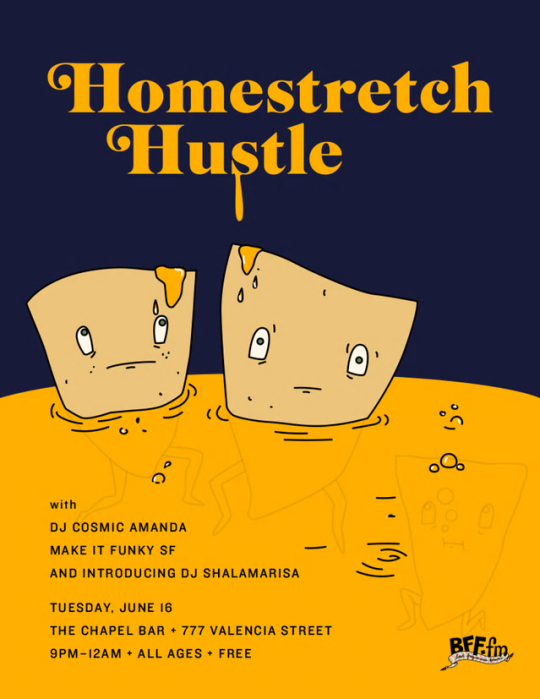 With roughly $3,000 left to raise and a little over a week to go in its Kickstarter campaign to fund a new studio, community radio station BFF.fm will letting off some steam with a free celebration party at 9 p.m. tonight at The Chapel Bar.

Broadcasting from the Secret Alley above Capp Street, the volunteer radio station has just nine days left to meet its goal of raising $15,000 to build a second studio. The added space will help the station stay on the air during down time, give it greater flexibility and allow for more continuous original programing, according to BFF.fm founder Amanda Guest.

Guest said some of the best rewards of the Kickstarter campaign are still up for grabs – like parties at the Secret Alley. And though she wouldn’t reveal just who yet, there’s been one celebrity backer.

“But said celebrity picked the remote broadcast option, so I feel like something really fun is afoot,” she wrote in an email to Capp Street Crap.

Guest described the fundraising process so far as exhausting but said she’s been heartened by how far it’s come just based on the support of listeners, friends and hyperlocal media.

“I’ve found myself overjoyed and teetering on the edge of despair more than a few times,” she wrote. “But, overall, what an awesome experience this has been so far. We’ve connected with a lot of new people and knowing how much our listeners and supporters care about the growth of what we’re doing is something that’s going to keep me motivated towards building BFF.fm into something much greater for the community.”