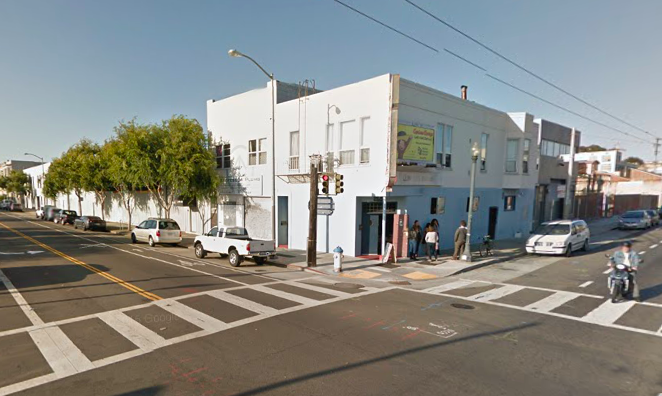 UPDATE 4/19: While the men responsible for a takeover style robbery of the Rite Spot Café on Friday night also wore ski masks, they have not been linked to similar robberies last month in Noe Valley, police said.

“There’s no indication just yet it could be related,” he said.

Esparza revealed other details about Friday night’s robbery: there were eight witnesses and both of the robbers came through the front entrance brandishing guns. They left through a side entrance with a container of money from the bar’s safe. Police believe an accomplice was waiting for them outside in a car.

One of robbers is described as being about 5 feet 7 inches tall and 165 pounds. The second man is believed to be about 6  feet tall, 200 pounds and between 20 and 30 years old. Esparza said police have no description of the driver.

While the bar’s manager Annie Southworth has disputed the police department’s  account of what happened, she declined further comment. No one responded to an followup email sent to the bar today.

ORIGINAL POST: Patrons of a Mission bar got a scary surprise Friday night, when they were held up by an armed duo, police said.

The two men entered the bar, at 17th and Folsom streets, around 10:30 p.m., according to police spokesman Albie Esparza. One man held patrons at gunpoint while the other attempted to rob them and empty the cash register.

Unsuccessful, one of the men went into a back room and stole an undisclosed amount of money, Esparza said. The two fled the area in an unknown direction.

Police did not name the business but the only bar at the intersection is the Rite Spot Cafe. An email sent to the Rite Spot through its website was not immediately returned this morning.