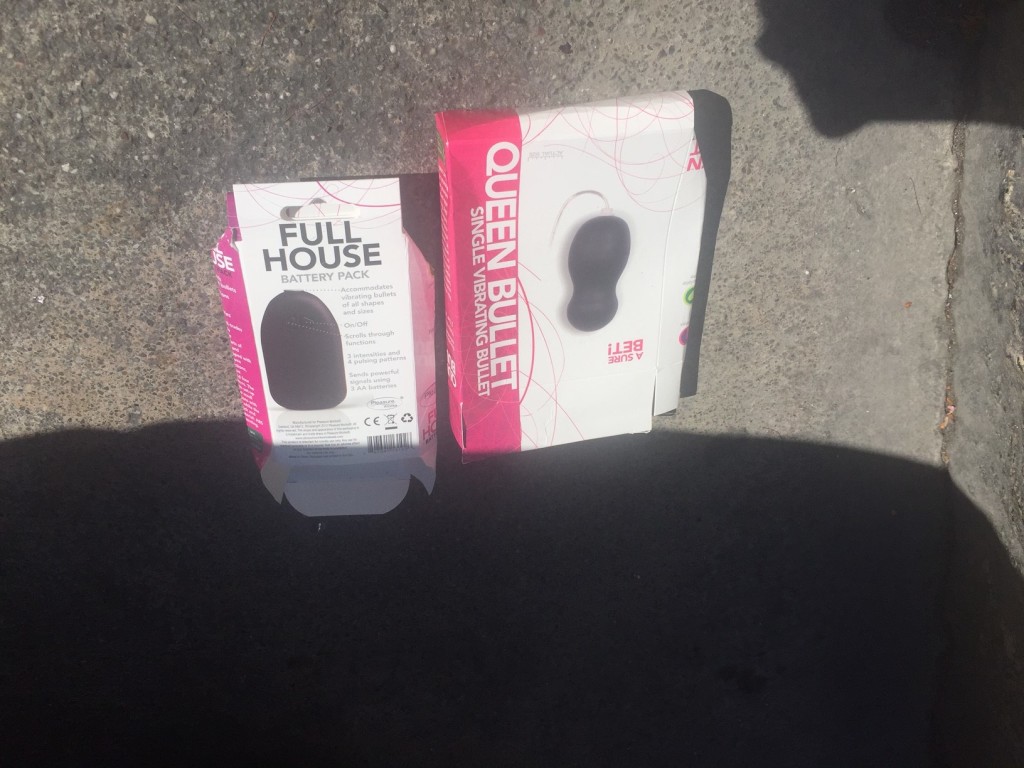 Sooo … I found this bullet casing in the street the other day.

2005 Capp Street fire, one of the deadliest in recent city history 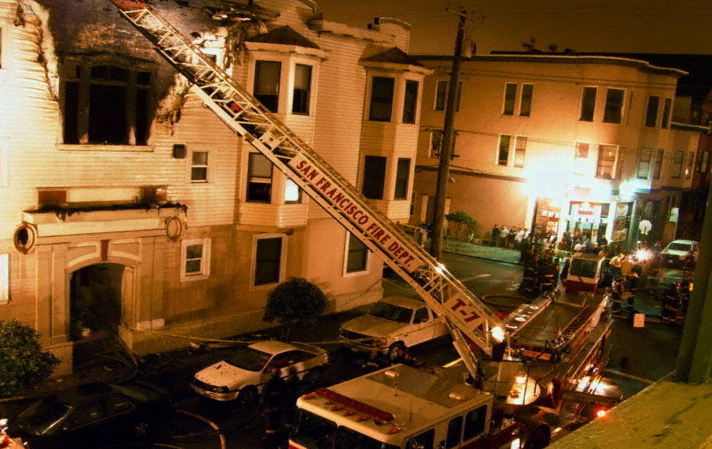 Mirtha Estrada lost everything the day she jumped from her third-story window in 2005. Everything except, surprisingly, her life.

Smoke had filled her apartment and she yelled for help before plummeting three stories to the sidewalk. According to an account of her ordeal written by a local non-profit, Estrada spent months recuperating at San Francisco General Hospital where doctors, struck by her resilience, called her “milagros,” or “miracle.” Her husband, daughter and another man died in the same fire at 395 Capp Street 11 years ago today. Nine others were injured.

“To this day I don’t know I how survived,” Estrada told the non-profit, Instituto Laboral de la Raza, which helped her and other victims of the blaze.

The deadliest fire in the Mission in more than 10 years, the Sept. 15, 2005 fire at Capp and 19th Streets could be traced back to a simple household item: a mattress.

The official cause of the fire remains undetermined. But investigators said in a report that it “most probably involved” the full-size mattress left in the 12-unit building’s narrow stairwell — the residents’ primary path to safety.

According to the March 2, 2006 fire investigation report, one of the men who lived in the building said he did not see the mattress when he left around 1:50 a.m. Less than an hour later, it mysteriously appeared.

Oddly positioned at the bottom of the staircase on the first floor, the mattress burned so intensely that no material was left on it and the door to nearby apartment No.1 gave way and fell on top of it, the report said.

It also proved a fiery obstacle for firefighters who arrived on scene just after 2:30 a.m.; one woman recalled getting her boot stuck in the mattress as she pulled a fire hose up the stairs. Another firefighter, Nicol Juratovic, suffered second- and third-degree burns from the heated mattress coils, according to a San Francisco Chronicle article dated Sept. 16, 2005.

Fire Chief Joanne Hayes-White described it as a “stubborn obstacle” at the time.

“Because of the bed, they didn’t get much past that first floor landing,” she told the paper. 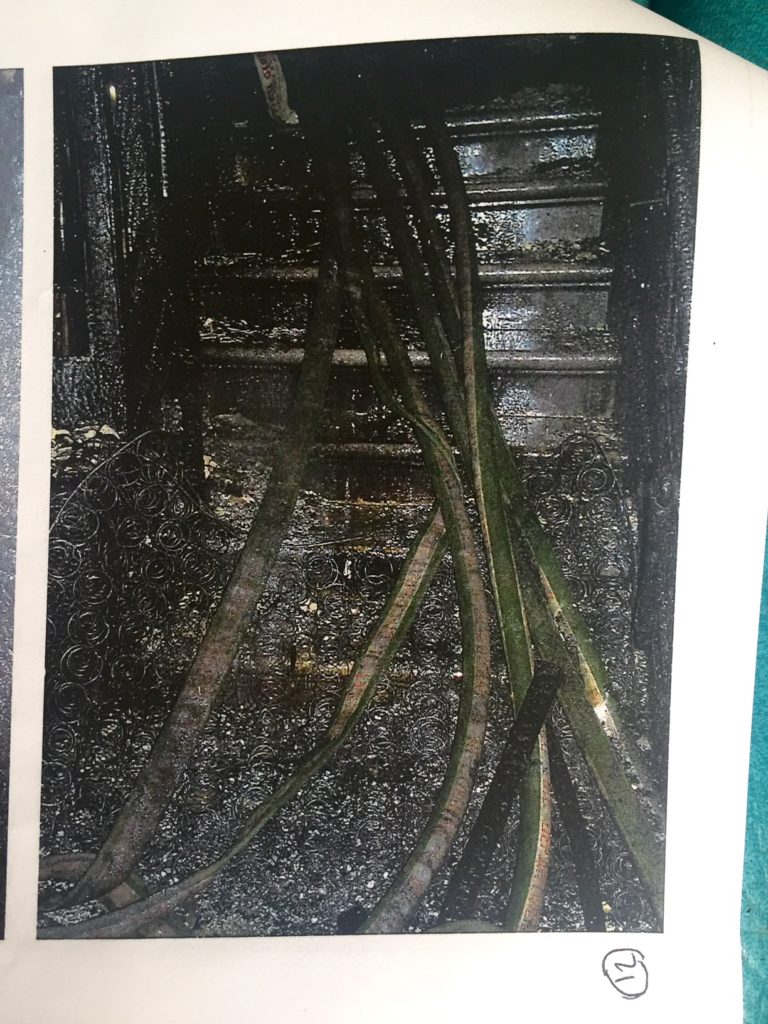 The apartment’s stairs and what remained of the mattress, from a 2006 fire investigation report.

When fire investigators arrived, they saw flames “pouring out of a second-story window and extending to the third floor and roof.” Flames were also licking the roof from that window to Estrada’s apartment, no. 9. The three-alarm fire caused an estimated $1 million in damage and killed Mirtha “Lizette” Estrada, 23, Pastor Justo Estrada, 76, and Hilario Moreno-Demeza, 27. Six firefighters were among the 10 injured.

Despite the blaze’s gut-wrenching details, San Francisco Fire Department spokesman Jonathan Baxter declined to comment on whether he considered it one of the neighborhood’s worst. However, a map created by activist group Anti-Eviction Mapping Project using fire department data from January 2005 through May 2016 indicates that there were no other fires in the city during that time period with as many fatalities.

The fire report does not speculate as to whether the mattress came from inside the building or was dragged in from the street. It does mention police smelling gasoline in apartment No. 9 during a follow-up investigation, but said inspectors ultimately could not “conclusively determine the exact ignition scenario.”

Baxter said the cause remains undetermined barring any new evidence.

“Since the completion of this report, there has been no introduction or discovery of new information,” he wrote in response to a list of questions. “Furthermore, no person(s) have come forward with any new information regarding this report.” 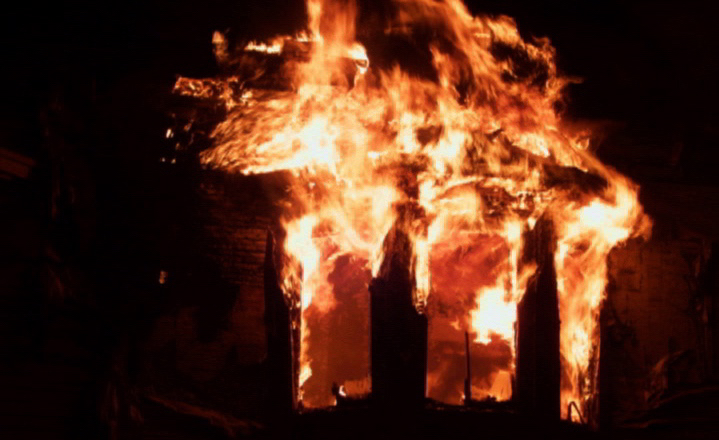 Estrada’s account of that night, which she told to investigators through a Spanish-speaking police officer and also outlined in a subsequent personal injury/wrongful death suit filed Aug. 31, 2006 was that the electricity went out and she smelled smoke but heard no alarms. She tried repeatedly to wake her husband, who had taken medicine that may have made him drowsy, and couldn’t find her daughter, because it was too smoky and dark. When no one responded to her cries, she decided to jump.

Pastor Estrada’s body was in a bedroom, while Lizette Estrada’s was found in apartment No.12, where firefighters reportedly moved her after finding her on the second-story landing below, according to the lawsuit.

The suit alleged that 395 Capp Street’s owners were negligent in the ownership, operation, management, maintenance and remodeling of the building, and failed to comply with permit requirements during their renovations, which “would have triggered fire safety inspections and enforcements.” The suit also accused the landlords of not complying with building and fire codes. The case ultimately settled in March 2010.

Property records show that Joseph and Julianne Schoepp purchased the building about a year before the fire. Joseph Schoepp did not respond to a message left for him through his family’s locksmith business.

While Estrada did initially agree to an interview, she failed to return subsequent calls from a Spanish-speaking third party who was helping to work out a meeting time.

Edward Nevin, who initially represented Estrada in the wrongful death suit but was later replaced by another attorney, said he wouldn’t blame her if she changed her mind and didn’t want to talk. But , he noted, “her story deserves to be told.

“It was a horrible, horrible experience. She just never really could recover emotionally. I just felt sorry for her,” Nevin said. “Her entire life died that night.”

Authorities: Marijuana candy may be to blame for illnesses at Mission party (updated) 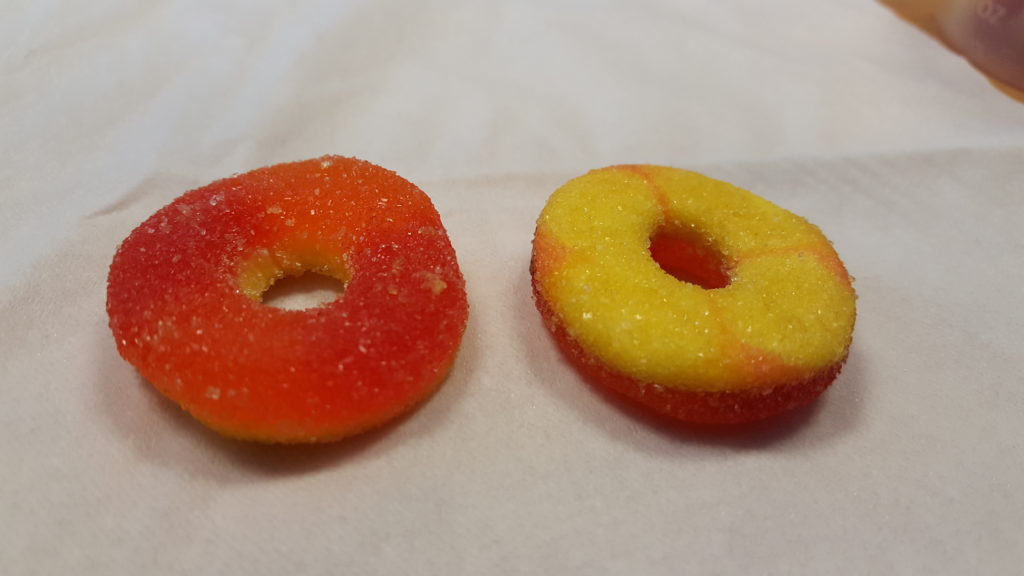 UPDATE 3:10 p.m.: A health department official said the candies were tested this morning and found to contain THC, the active ingredient in marijuana.

ORIGINAL POST: More than a dozen partygoers sickened while attending a Quinceañera in the Mission Saturday night ate may have eaten pot candy, authorities said.

While final test results on the gummy candy rings are not yet in, 12 of the 19 people who were transported to hospitals from the event tested positive for THC, the active ingredient in marijuana, according to Rachael Kagan, a spokeswoman for the San Francisco Department of Public Health.

“Anyone who attended the Quinceañera and may have taken some of the gummy rings is urged to discard them immediately,” Health Office Dr. Tomas Aragon said in a prepared statement. “If they are sickened, they should report to the California Poison Control Center for advice. If they are feeling severely ill, they should call 911.”

Authorities were called to the Women’s Building at 3453 18th St. around 11:20 p.m. on Saturday after partygoers complained of dizziness, heart palpitations, nausea, confusion and other symptoms consistent with ingesting marijuana, Kagan said. Thirteen of the patients were 18 or under; the youngest was six years old. As of this morning, all of the 19 patients had been discharged from area hospitals.

The party was catered by a company based in Oakland and the Alameda County Department of Public Health is investigating, Kagan said. 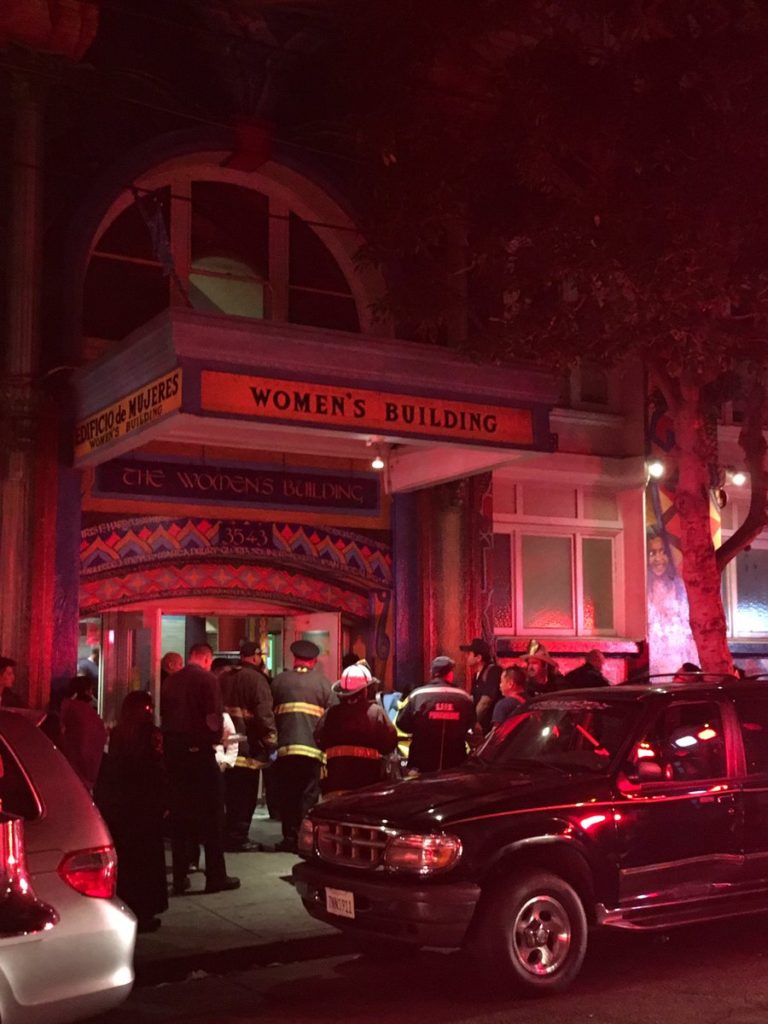 Party in a box 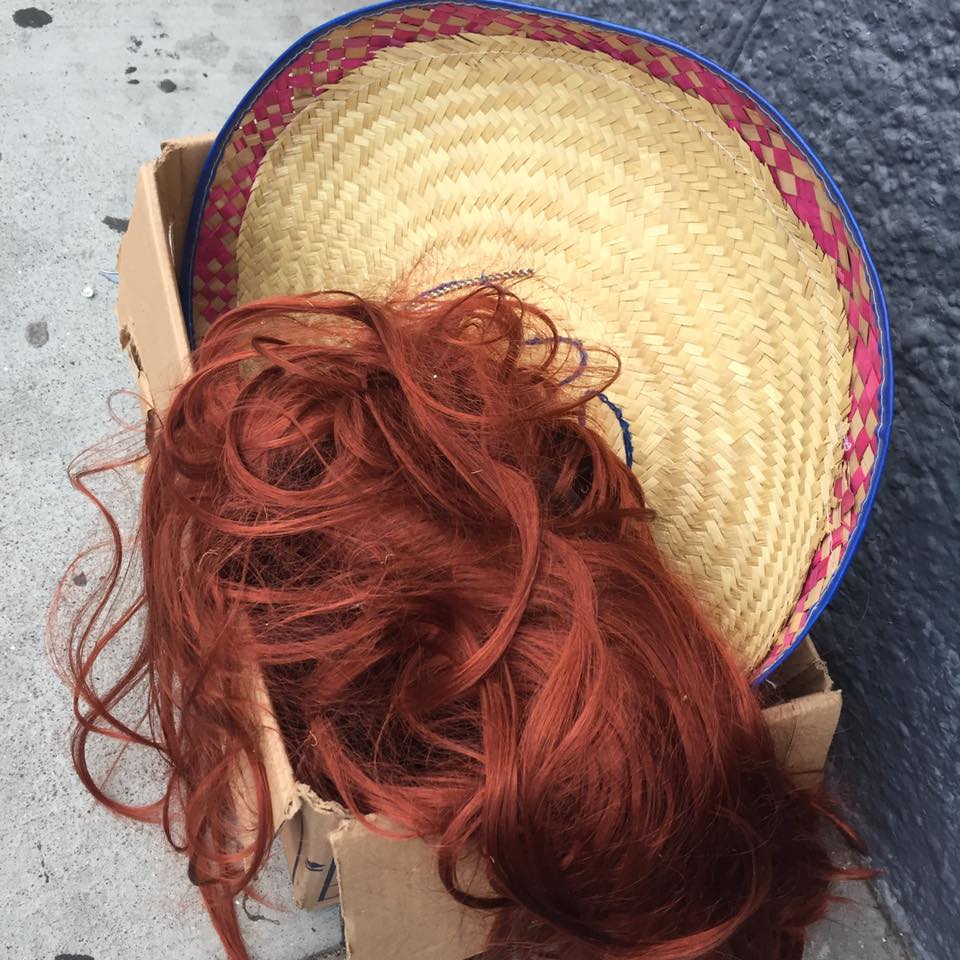 “The ‘Hey, let’s go to The Mission and drink Tecate’ starter kit,” according to Shaun O., who spotted this box of fun on 16th Street between Dolores and Guerrero.

Party over: Club that moved into Fizzary space ousted (updated) 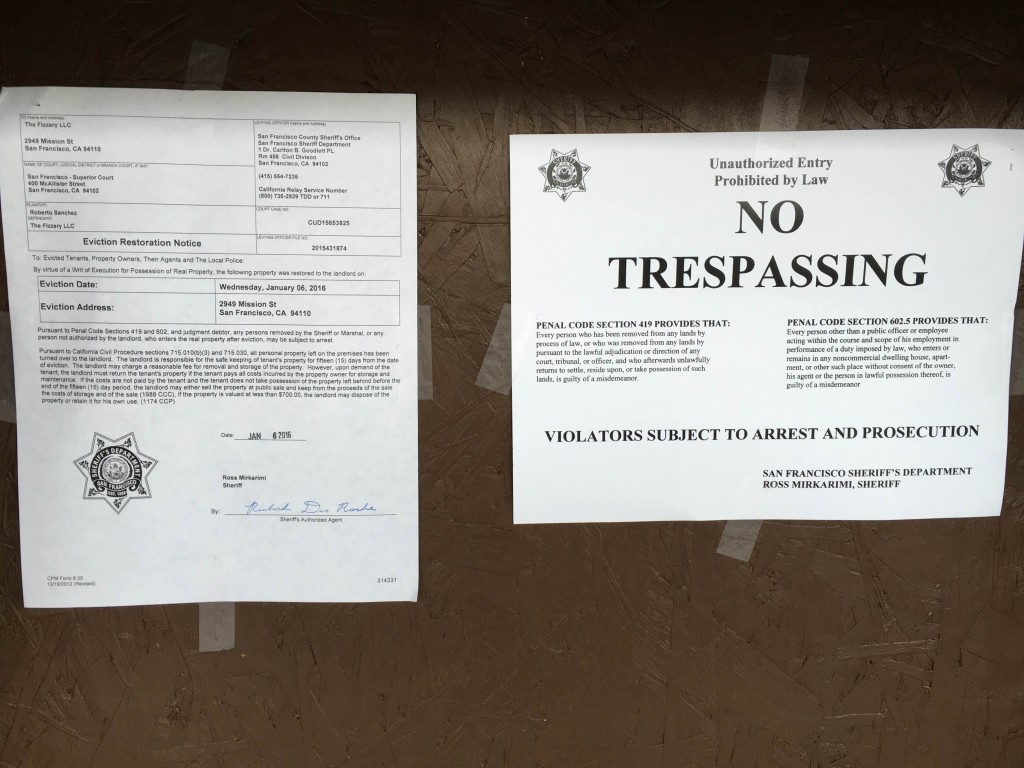 The party has ended for an alleged gambling den on Mission Street. After a shooting and months of police calls, the operators of an after-hours club inside the former Fizzary soda shop have been evicted.

Earlier today, an eviction notice and no trespassing warning were posted on the door of 2949 Mission St., subleased in September by a couple who claimed they planned to run a vitamin business. A neighbor also told me he saw two men leaving the space before the notices were posted, one of whom was carrying items in a cardboard box.

Kenya Briggs, a spokeswoman for the sheriff’s department, confirmed the eviction took place this morning. The evicted subtenants, who Capp Street Crap is not identifying because they have not been charged with a crime, did not respond to a note left several days ago on the business seeking comment.

Tim Costigan, who owns Mission Critter pet store right next door, said he is glad it’s over even though the club’s presence didn’t affect him as much as it did people who live on the block.

“It was really for the neighbors and the neighborhood,” he said of the eviction. “I’d like to have a nice, viable business in there.”

Referencing similar clubs that have popped up elsewhere in the city, faced police crackdowns, then simply relocated, Costigan said he feels bad for the next people who deal with his former neighbors.

“The sad thing is these people never really go away. They just go plague another neighborhood,” he said.

Former Fizzary owner Taylor Peck, who was evicted as a residential tenant from the building as a result of the club and went so far as vandalizing the front of the building to try to get authorities to act, had a harsher way of putting it.

“God help the property owner, tenants, and neighborhood that those low life speakeasy vampires will inevitably sink their infected fangs into next,” he said.

About that free party … 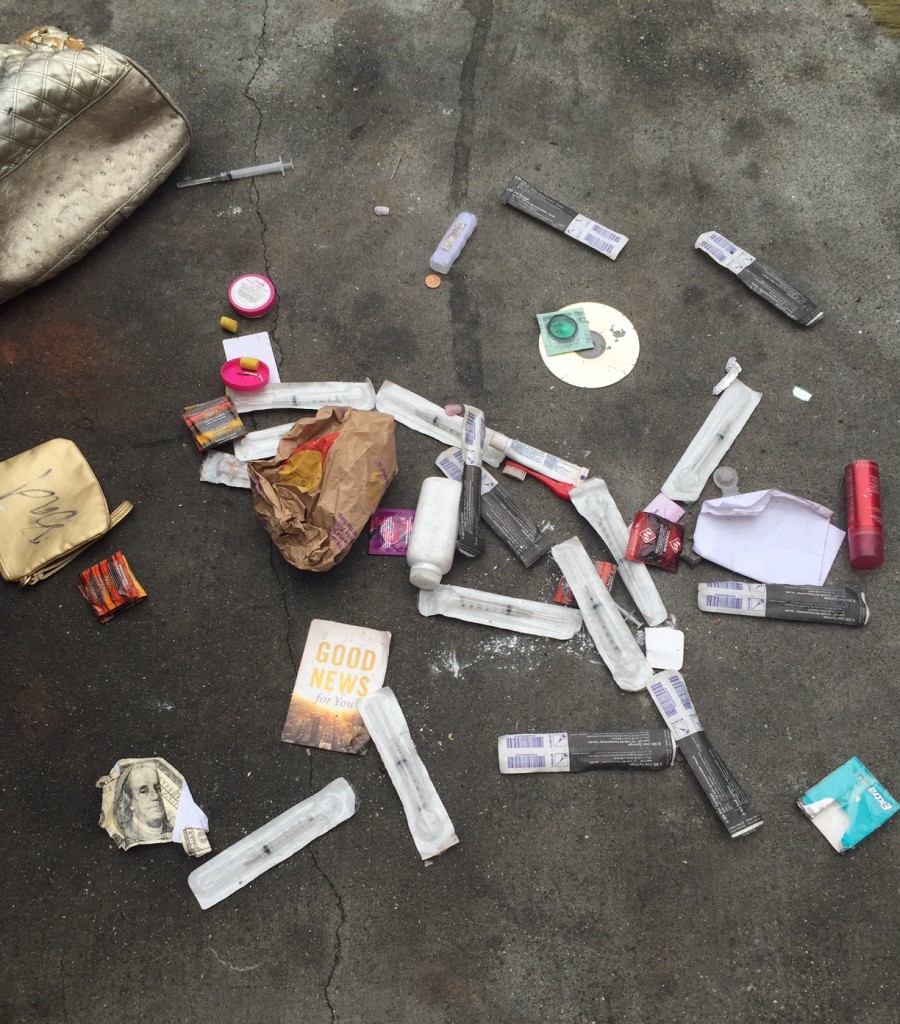 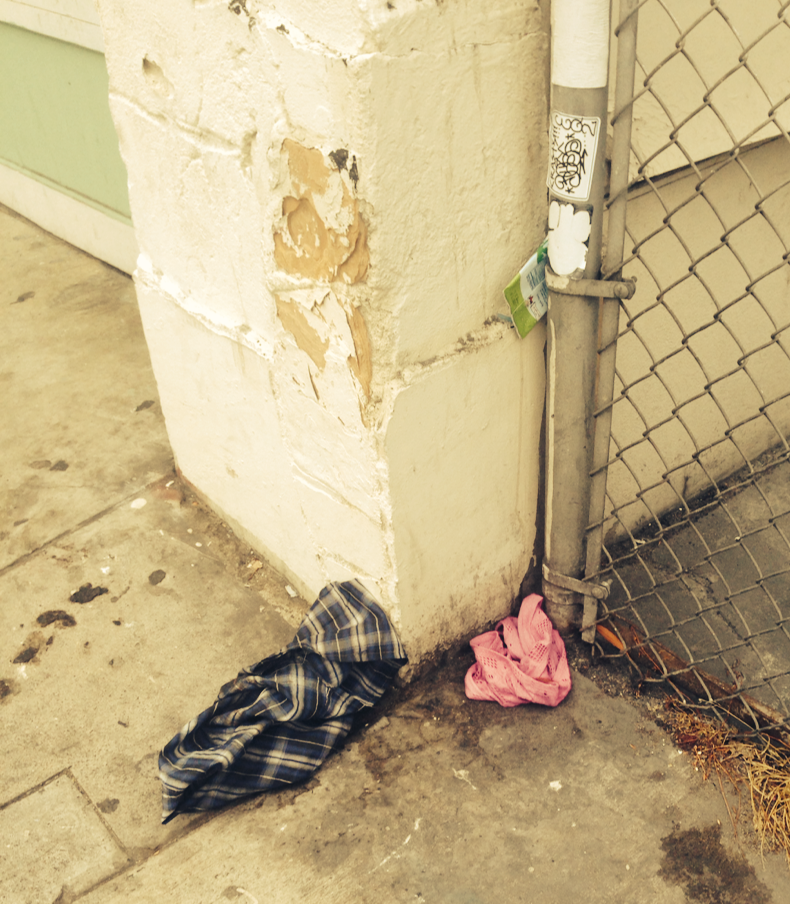 His and her underwear. Que romantico! 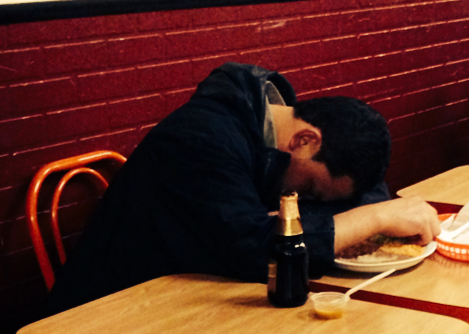 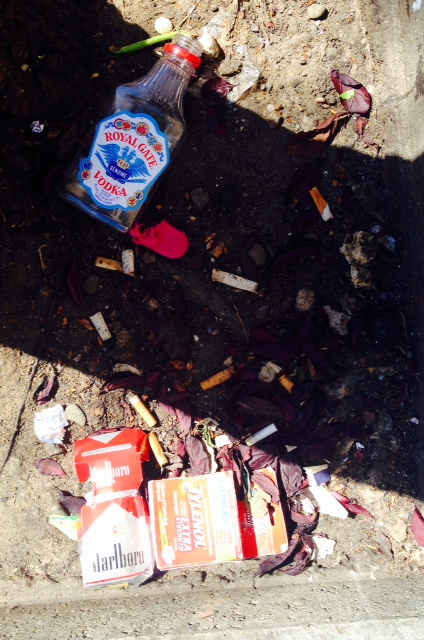 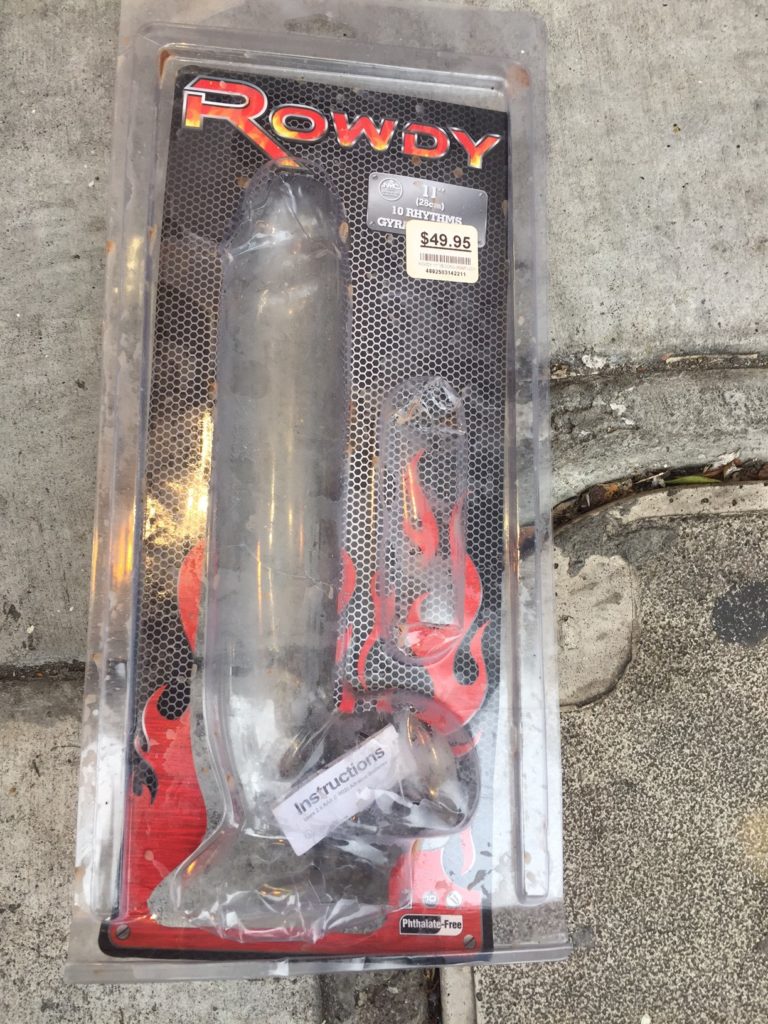 Because unruly didn’t have quite the same sex appeal?